Customers interested in connecting distributed energy resources (DER) such as renewable generation to the distribution system are encouraged to review the Net Metering program requirements contained in our  Connected Distributed Energy Resources guide and contact our Engineering Department at 519-853-3700 Ext. 213 or generation@haltonhillshydro.com.

Customers requesting a pre-consultation with Halton Hills Hydro about their project can complete our DER Preliminary Consultation Application form (Appendix 2) in our guide. Submit this form to generation@haltonhillshydro.com

New changes to Net Metering now enable third parties to participate in certain types of net metering arrangements with consumers if they meet the criteria specified in the regulation. Third party generators are considered “eligible” if they own or operate renewable energy generation facilities connected on the customer side of the connection point with a distributor’s distribution system for the purpose of allowing the customer to be billed on a net metering basis. The changes also make provision for a distribution customer who enters into a third party generation arrangement – referred to in the Net Metering Regulation as an “eligible customer” – to enter into a power purchase agreement (PPA) with an “eligible third party generator”.

The changes also require that where a distribution customer owns or operates a renewable energy generation facility and has an agreement in respect of the related equipment (e.g., a lease, financing or rental agreement etc.), other than a net metering agreement, a confirmation from the customer must be provided to the electricity distributor stating that the customer has received disclosure of certain prescribed information about the equipment-related agreement.

The third party ownership model enabled by the changes to the Net Metering Regulation provides for an electricity retail transaction using a retail contract such as a PPA. Further changes are intended to protect low volume consumers who enter into a retail contract such as a PPA with an eligible third party generator from unfair business practices and to enable those consumers to have information on which to base an informed decision.

While existing provisions apply to a retail contract such as a PPA (including the ban on door-to-door sales for residential consumers), they do not specifically address the related equipment contract (associated agreement).

The changes introduced new provisions applicable to electricity retailers who enter into a retail contract such as a PPA and an associated agreement with a low volume consumer, including:

Further information can found on the Ontario Energy Board website www.oeb.ca.

If you have entered into a power purchase agreement with a third party, we require a completed Net Metering Confirmation of Disclosure document in order to proceed with net metered billing.

On April 5, 2012 the Independent Electricity System Operator (“IESO”) informed distributors of relocation options for microFIT applicants who had submitted an application to the IESO before December 8, 2010 and received a Conditional Offer that had not expired as of August 19, 2011. These applicants would have also requested an Offer to Connect form their LDC but were informed by their LDC that connection capacity was not available. Please see the following link for information from the IESO.

If you are interested in connecting a renewable generation project to Halton Hills Hydro’s distribution system please contact us via email at generation@haltonhillshydro.com

The following Connecting Distributed Energy Resources guide will provide those… 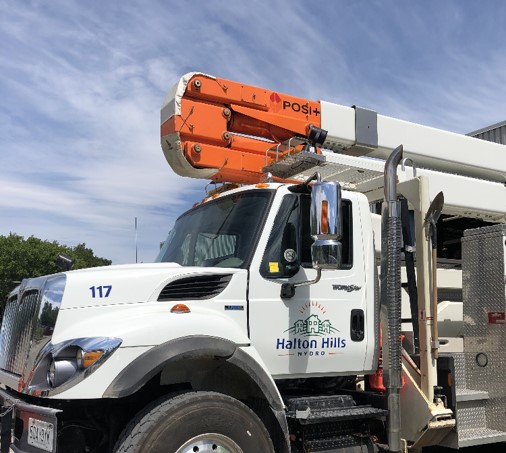